A land of modern architecture and absolute beauty The 22nd richest country in the world, which was an underdeveloped third world country 40-50 years ago. That chaotic country, which gained independence in 1975, is one of the great attractions of the world today. I was talking about Singapore, one of the richest countries in the world today. Behind the success of the country lies economic success with good governance. No, the country has no natural resources, but its tourism industry has repeatedly garnered praise as well as economic prosperity.

Singapore is a small island in Southeast Asia, a land of modern architecture and beauty. Clean roads, hassle-free travel, low-cost travel seem to have multiplied the tourist attraction several times over. It is better to take some time to visit one of the most luxurious countries in the world.

Merlion is the name of the park, which is more than 2,000 square meters at the mouth of the Singapore River. Merlion Park is one of the most popular tourist spots in Singapore. Every day thousands of foreigners visit this park.

The marlin or lion-fish is a symbol of Singaporean pride, a symbol of heroism. It is said that long ago when Singapore was known as Temasek or the seaside city, a severe sea storm arose on the island. The terrified inhabitants surrender themselves to God. At that moment, a lion-fish-like beast came from the sea and fought the storm and saved the inhabitants.

And since then, the lion-fish named Marlin has been a symbol of pride and heroism of Singaporeans. The symbol of modern Singapore is the Marlion, a combination of a fish or a mermaid and a lion. The statue is about 9 meters high and weighs about 60 tons.

The appearance of this Merlion is basically a huge water fountain. Marilyn Park on one side of the Marina Bay, Marina Bay Sands Hotel, and Shopping Center on the other side. This is a huge incident. If you don't see, it is difficult to explain. But before the Marina Bay Sands Hotel was built, tourists would take pictures in front of the fountain in Merlion Park to preserve their memories of Singapore.

The statue of Marilyn is located in Merlion Park, Marina Bay. The lion-fish is constantly coming out of its mouth with water. And thousands of people gather there every day to take pictures. The huge area is cut off from one side of the park to the other. The various architectures around the park will dazzle your eyes again and again.

Wonderful view all around. The road leads straight to a bunch of very tall buildings. To our right is the nearly 100-year-old giant building, the Hotel Fullerton Bay. In the midst of modernity, it is like a touch of tradition. However, it is not incongruous at all. And to the left is the huge Marina Bay Bay. Surrounded by gems, the monuments named after Singapore are scattered.

Numerous large buildings of 5-star hotels were scattered along one side of the bay. These things were all around me as I watched the fountain in Merlion Park. It was also fun to see tourists traveling in various small and big boats across the bay. It is also worthwhile to take pictures of the tourists behind the fountain.

When you come here, your eyes are fixed on a 54-story building. It's a museum. The shape of that thought is very beautiful. Seen from a distance, it seems that a large boat has been placed at the head of the building. Many people do not dare to go there as they have to pay USD 150 to get there.

What to do in Marilyn Park

The place may be very crowded during the day but you can still take great pictures. But at night, do not miss the beauty of the magical environment of the city in any way. Don't forget to frame some beautiful views of Marilyn and the city

2. Retire to the park

The night is the perfect time to enjoy the beauty of Marilyn Park. The cool breeze and romantic atmosphere along the river will increase the success of the trip to Singapore several times.

3. Watch the light and water show at Marina Bay

Don’t miss the opportunity to watch the water show every night at Marina Sands Bay. The show has seemed a bit unfocused in recent episodes. So always keep your camera ready with several mesmerizing light show videos.

How to get to Marilyn Park

After you reach Changi, go to Raffles Place Station on the MRT East-West line. From there exit B and visit United Foreign Bank Plaza. The Fullerton Hotel is located in the middle of the plaza. And Marilyn is behind it. 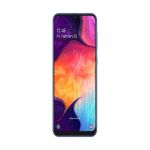 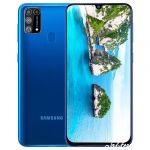